The National Farm Animal Care Council (NFACC) has released its draft code of practice for the care and handling of chickens used by the egg industry. Our government doesn’t regulate animal agriculture, choosing instead to fund the industry’s creation of its own codes of practice. Although these codes of practice aren’t enforced, they are the closest thing to we have to on-farm rules, and have actual and potential legal significance.

NFACC is currently accepting comments from the public on its draft code of practice for egg-laying hens before it releases the final version later this year. We encourage everyone to take a moment to provide feedback; even if our feedback isn’t heeded, it’s important to make it evident that the public is paying attention and is concerned by rampant cruelty in the industry (which occurs even when best practices are followed). Comments are due August 29th. We have identified some specific concerns with the draft code below.

It’s worth pointing out that, from the beginning, the code of practice process is tainted by conflicts of interest and a lack of credibility; the codes are created by industry, for industry. For example, the “Scientific Committee”—which is supposed to provide an unbiased review of the scientific literature—contained Bernadette Cox, who is not a scientist, from the Egg Farmers of Canada. On her LinkedIn profile she writes that she edited the scientific review prior to its public release. The token veterinarian on the code development committee, Mike Petrik, has defended poultry industry cruelty that eventually resulted in an animal cruelty conviction. Other members on the committee are similarly closely tied with or funded by the industry. As such, both the scientific review and the draft code of practice should be viewed with some degree of skepticism.

Likely the largest concern shared by many animal advocates is that the draft code doesn’t eliminate cages. Instead, it suggests that cages be made larger and equipped with some rudimentary furnishings, like perches, to meet some of the basic hens’ biological needs. Vancouver Humane Society has a good summary of the concerns with so-called furnished cages. 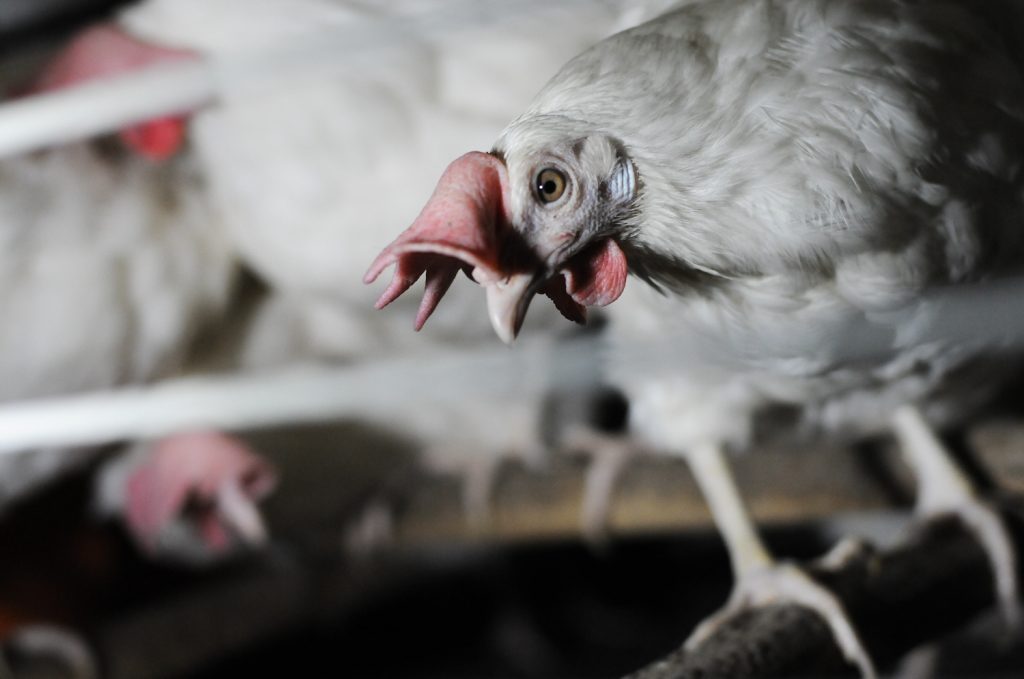 However, it’s important to be aware that none of the proposed systems are without significant welfare concerns; cage-fee hens are crowded, kept in unnaturally large groups leading to stress and aggression, at a greater risk for disease, exposed to poor air quality, and still denied most things—like going outside—that make life enjoyable.

Some specific concerns with the draft code of practice:

The draft code doesn’t require birds have safe and regular access to pasture and/or the outdoors.

The draft code allows birds to live on wire flooring instead of litter. If producers voluntarily use litter, the draft code doesn’t require soiled litter to be replaced except between flocks (longer than a year!) 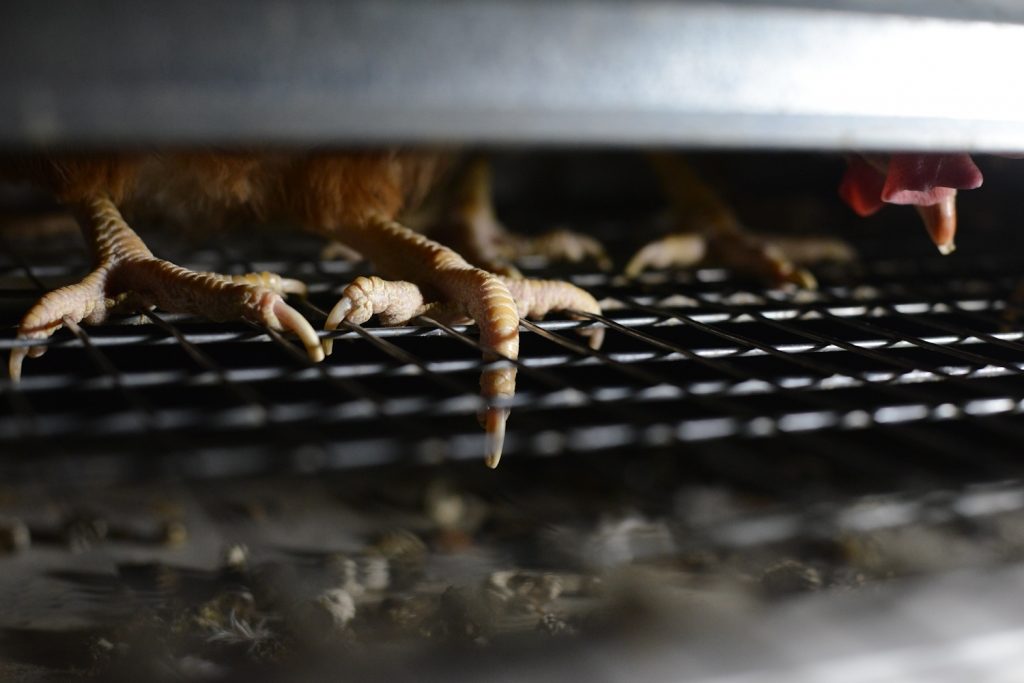 The space allowed for each bird is miniscule. They will be so crowded that they will barely be able to express natural behaviours like stretching their wings. Worse, the space allocated is considered a recommendation, rather than a requirement—meaning birds can be even more crowded.

Chickens would naturally live in small social groupings with a defined pecking order that maintains peace and calm. The draft code doesn’t cap flock sizes; tens of thousands of birds may live together. As with other animals, like cats and even humans, chickens find large crowds chaotic and stressful.

In a natural setting, hens would peep to their chicks before they’re hatched, communicating and establishing a bond. After hatching, chicks would stay close to their mothers, finding comfort and protection, and learning skills. The draft code is entirely silent on natural social groupings, assuming and permitting that chicks will be hatched in hatcheries where they will never meet their mothers, find comfort, or learn important life skills.

Dust-bathing is how chickens clean their feathers (the dust clings to oil and is shaken off), which not only keeps them clean and satisfies their strong biological urge to dust-bathe, but also maintains feather insulation and eliminates parasites. Despite its importance, the draft code doesn’t require it for all birds, saying it is “difficult to accommodate in some housing systems.”

Like us, chickens enjoy a varied diet and are biologically compelled to seek this out. The draft code doesn’t require access to a varied or even a palatable diet.

The draft code permits chickens having their beaks cut off without painkillers, which can lead to both acute and chronic pain. 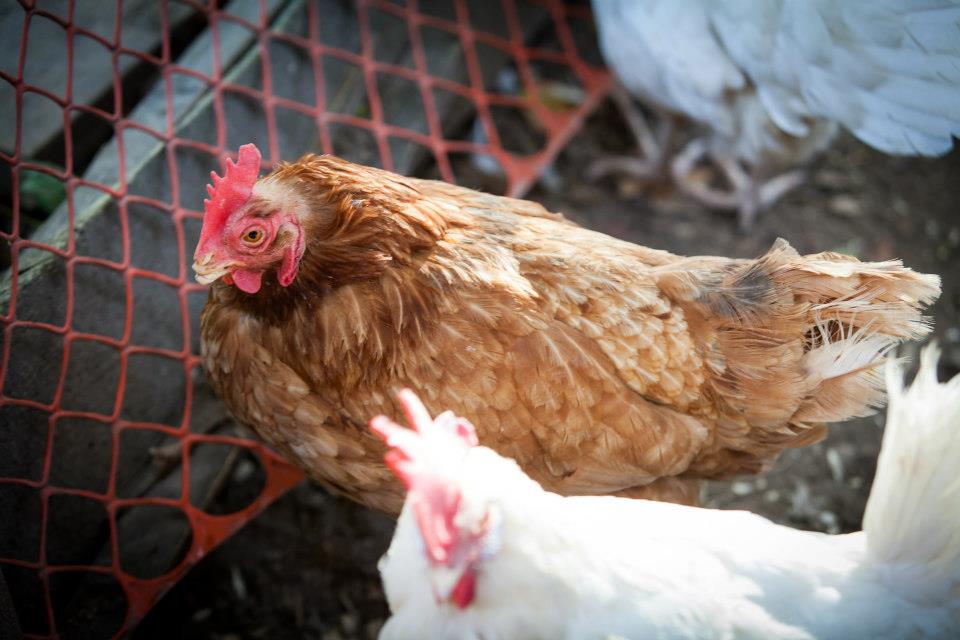 The draft code permits workers to dangle chickens upside down—despite that this is a well-documented stressor—instead of carrying them upright. In fact, that draft code even acknowledges that chickens find being upside down stressful, yet doesn’t prohibit it. The draft code also doesn’t require workers to set hens down on their feet.