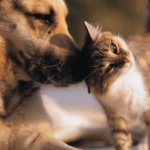 ST. CATHARINES – Animal Justice Canada Legislative Fund (“Animal Justice”) is supporting a lawsuit filed in St. Catharines against the Lincoln County Humane Society (“LCHS”). Filed by Dr. Julia Murray, a lifetime member of the LCHS, the suit seeks relief from the oppressive actions taken by the leadership of the LCHS in 2012 and 2013. The suit alleges that the LCHS was the subject of a hostile takeover by some board members, who improperly rejected and refused to renew many annual members who met all the requirements for membership. The board members allegedly seized total control of the LCHS and changed the LCHS by-laws to maintain control, excluding community participation in the organization.

“The LCHS is no longer an organization with an open membership and democratic governance regime. Because of the unscrupulous and potentially illegal conduct of the existing board, residents of St. Catharines now cannot join the LCHS and participate in its governance by voting and seeking election to the LCHS board of directors,” stated Camille Labchuk, director of legal advocacy for Animal Justice. “Humane societies must serve animals, and they must serve the community. Animal Justice supports accountability and oversight for sheltering organizations as the best way to encourage shelter practices that protect and advance the welfare of animals.”

In April, Animal Justice provided St. Catharines City Council with a legal opinion supporting the City’s efforts to mandate that any municipal animal control contractors adhere to governance and shelter standards, including a democratic, open voting membership structure. The opinion was provided in response to a desire on the part of the City to ensure animal welfare organizations receiving City money, like the LCHS, do not undemocratically exclude citizens from participation.

Dr. Murray’s suit claims that in response to perceived political and ideological differences with the board and executive director, the board engaged in illegal and improper actions, including the removal of certain board members; the non-renewal of certain annual members; the rejection of approximately 50-60 new applicants seeking membership who met all of the requirements for membership, including payment of the $50 membership fee; amendments to and ratification of by-laws which stripped all members of voting rights, except for the board of directors, and which allowed board members to serve for life; and a private membership drive conducted by certain board members and the executive director in which some 100 or so memberships were sold for $1.00 in exchange for proxy votes which were used at the 2013 annual general meeting to ratify the by-laws stripping the entire membership of voting rights.

Any questions regarding the claim should be directed to Lisa Triano, lawyer for the plaintiff: Triano Law, 4100 Victoria Avenue, Suite 108, Vineland, Ontario, telephone (905) 562-3111.